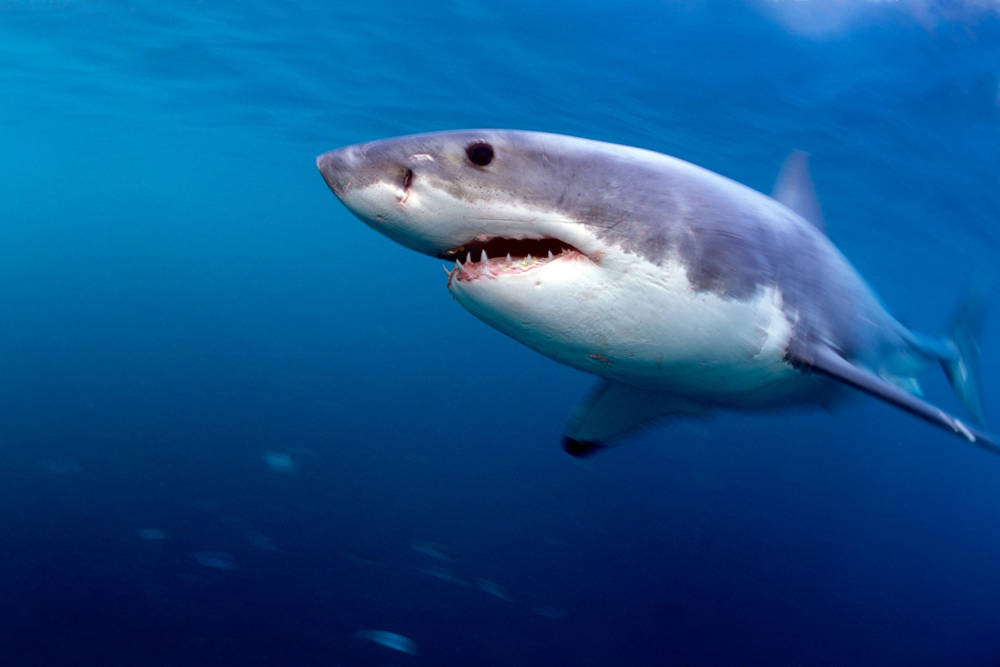 What Would a World Be Without Sharks?

As the apex swimming predators, sharks have a very distinct and pivotal role to play in keeping a fine balance of the oceanic eco-system. Although these wonderful and strong creatures have been around for over 4 centuries and managed to survive through the last 5 major extinction events, there numbers are getting significantly reduced over the past few decades due to varioud factors that have brought certain particular species on the brink of extinction.  Every year humans are killing approximately 100 million sharks and the numbers are exponentially increasing.

We all know the obvious, they are not considered cute or friendly. They do not melt us with an “aww” moment, instead they strike fears in our hearts. It is unfortunate that over the past few decades, they have been portrayed as the silent ruthless killing human chomping monsters in so many movies which have tarnished their image even further. Not to mention that they are often sought by humans for their highly priced fins which are considered a culinary delicacy.

As we continue to risk the shark population by killing them in mass numbers, it raises the morbid question: What if, every shark in our little green planet is gone? What would the effects of such extinction be in our oceans across the globe? Based on the answer from Stefanie Brendl, the founder of Shark Allies foundation and a conservationist, it would be a world where oceans would become sick and eventually die. She has worked in the past with the Senator of the state of Hawaii, Clayton Hee to ban the possession, sales and purchase of Shark fins which are considered the main reason 75 percent from the 100 million sharks get killed each year.

Sharks are good at doing sanitation job in the ocean. They do their part by removing the dead and sick creatures thus cleansing the ocean bed from any kind of disease, just like the white blood cells do in our body. As with all eco-systems, Sharks have blended into the oceans and therefore if they are removed from the equation, the effects would be devastating as the results would disrupt the equilibrium of the ocean world. Stefanie also mentions the significance of sharks for the continuity of other oceanic life forms such as coral reefs and urchins. If sharks become extinct, it will cause an unrepairable loss and a disturbed oceanic imbalance which would be irreparable.

So the questions is, what can we humans do? While spreading awareness is one way to deal with the situation on a larger scale, we can also make small changes on individual levels that would also help the cause such as avoiding the fin soup the next time we visit our favorite seafood restaurant. There are other products such as vanity and beauty products that contain shark ingredients. Next time we shop, we can watch out for “squalene” on the product label. While the fin soup is a famous recipe, shark meat is usually considered contaminated with high volume of harmful toxins such as Urea and Mercury.

One thing to consider is, while we are vocal about other species like koalas and pandas, simply due to their calm demeanor, we should also support the conservation efforts for the continuity of sharks. They may not look friendly, but the facts indicate that most sharks wish no harm to humans. Among the total population of sharks throughout the world, 80 percent of the sharks do not exceed more than 5 feet in size during their lifespans.

Brendl rests her case by mentioning that whether we like them or not, we cannot argue their significance in maintaining a healthy oceanic eco-system for our future generations.